“Lau noten opera” is composed with exactly four notes skilfully moulded to make it seem endless, its five characters parodying the five voices of an opera, in a humorous choral comedy. According to a tradition that we inherit from the theatre, the characters do not need to be aware of their appearance on a stage. Their mission is to be completely obedient, to adapt themselves to the world that the author has created, leaving aside any kind of personal speculation.

The stage direction is by Ekaitz Unai González and the musical direction by Arkaitz Mendoza , while Malús Arbide is in charge of the scenography and wardrobe. The cast consists of the soprano Miren Urbieta-Vega, the mezzo-soprano Marifé Nogales, the tenor Beñat Egiarte, the baritone Fernando Latorre and the bass Pedro Llarena. All of them accompanied on the piano by Pedro José Rodríguez.

The opera in Basque is a co-production of Tabakalera and the Musical Fortnight. It is included within the contemporary music cycle of the music festival that celebrates its 80th anniversary this year. 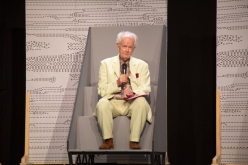 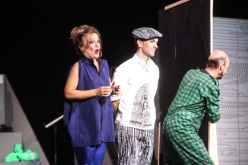