All of Us Want To Work Less (The Theft)

On the occasion of  the exhibition Moving Image Contours, Itziar Barrio continues her ongoing project We All Want to Work Less with a video work titled All of us want to work less (The Theft) , which takes place in Tabakalera. The rehearsal and development work in the building will finalise with a performance/shoot on the last day.

The working material for the performance/shoot, a piece in collaboration with Guillem del Mont de Palol and Jorge Dutor, are pickpocketting scenes from Robert Bresson’s feature Pickpocket (1959). The reconstruction of these and other scenes from the film in which the social use of stealing is questioned are the focus of All of us want to work less (The Theft). The project explores the relationship between work and legality, while foregrounding process as a mode to question the audiovisual apparatus. 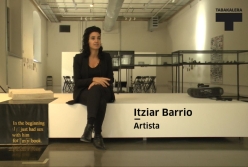 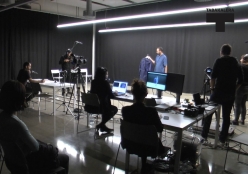 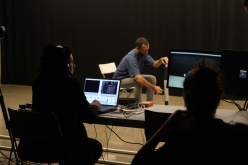