Close
Home Cultural project Emotional Giants of the web: a machine for recounting and synchronising emotions...

Giants of the web: a machine for recounting and synchronising emotions...

In 2007, the storytelling machine I discussed in my book "Storytelling: Bewitching the Modern Mind" was still a metaphor to describe the new ways stories were being used in marketing, management, and political communication. Yet that machine has become a reality, and it goes by the name GAFAM, an acronym formed from the initials of internet giants Google, Apple, Facebook, Amazon, and Microsoft.

Their project: exploring the individual and collective subconscious thanks to enormous amounts of accumulated raw data collected online that, with the help of algorithms, is used to build behavioural models and individual profiles based on bits of information that Internet users leave behind. The former CEO of Google wrote the following: "We know roughly who you are, roughly what you care about, roughly who your friends are. Technology will be so good it will be very hard for people to watch or consume something that has not in some sense been tailored for them.” 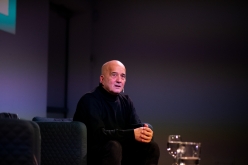